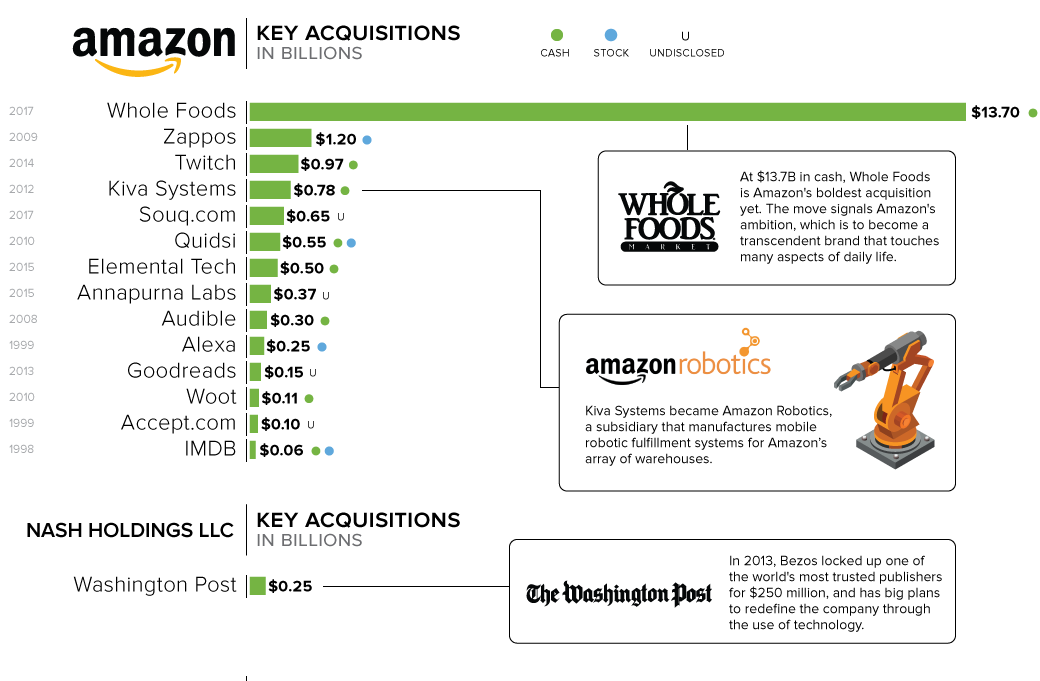 Amazon is a behemoth and has been set on expanding its horizons since the day it was founded, and in doing so CEO Jeff Bezos has created an ambitious, disruptive culture of innovation, one that’s been almost fearless when entering new markets.

We conducted a comprehensive analysis on Amazon and here we present a list of Amazon Acquisitions and Companies that Amazon has funded.

Amazon has reportedly acquired 77+ Companies Till Date.
This is the data from publically announced acquisitions, the actual number is estimated to be multiples of this.

Amazon has funded 45+ companies so far.